They say the pen is mightier than the sword – I don’t think they had tactical pens in mind when those words were first uttered. A pen is great for jotting down notes and signing your name to mortgages; but did you know you can use them for self-defense? Easily concealed …they look just like any other pen and has numerous tactical advantages. If your work area doesn’t allow weapons, you may want to look into the best tactical pens and buy one to clip to your shirt or stash in your pocket.

Can you write with a tactical pen? Absolutely! Not only do they write, but they write well. These tactical pens feature a “Rite in the Rain” ballpoint cartridge that can keep you writing in all conditions, including rain. Looks like a regular pen, which is exactly what you want. You may not necessarily want everyone to know you are carrying a tactical pen. Conceal it in plain sight. Used by law-enforcement, military, doctors and lawyers – you can always find room for tactical pens in your everyday carry.

Made from machined steel, this rugged pen can easily clip to your shirt pocket for easy access. You never know when you will face danger and you can’t always carry a weapon …or can you? Disguised as a regular, every day writing utensil, there is more than meets the eye with this tactical pen. Not only can you shatter glass with the tempered window-breaking design, you can also defend yourself to the utmost with a quick flick of the wrist.

Gerber is known the world over for their knives and have made quality products for years. You can rest assured knowing they put their best work into their line of tactical pens. 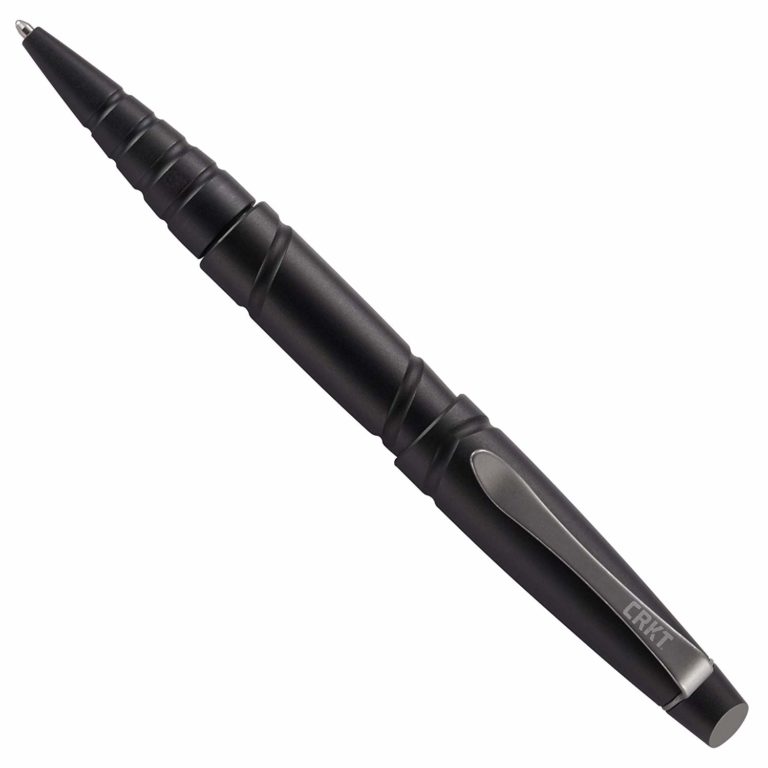 CRKT Williams Tactical Pen for Self Defense, EDC and Survival

Great for writing as well as self-defense, the CRKT tactical pen is a worthy purchase. If you are looking for a cheap tactical pen that will get the job done, look no further. CRKT (Columbia River Knife & Tool) is known for their survival knives and tomahawks. They make high quality products that won’t break the bank. Their tactical pen is no exception. It does what it was designed to do and more. Many people in all types of careers carry these on a daily basis. Put it with your everyday carry and go! These make great gifts for law enforcement, military and those who already carry multiple weapons on a daily basis and could use a good writing utensil. 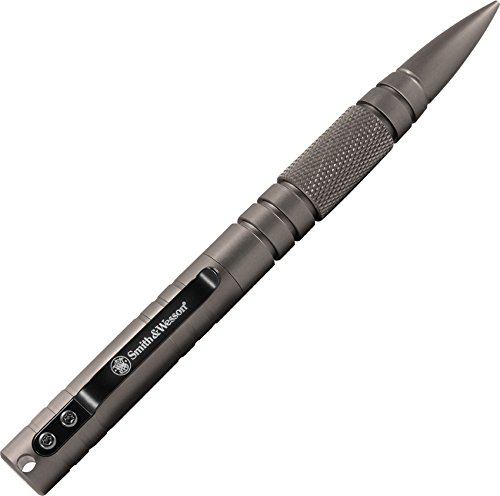 Made from durable aircraft aluminum, this tactical pen is easy to grab with a pocket clip and pull-off top. Rest easy knowing this tool will do exactly as it was intended when you need it. The sleek design allows it to easily blend in while you’re doing your job. Be prepared – all eyes will be on your pen while you write, so don’t lay it down or pen stealers in your office will snatch it.

Refillable with Schmidt Parker Style black cartridges and made to last a lifetime.

Schrade has been making trustworthy knives for years and has put their knowledge and skills into making a durable and functional pen that doubles as a self-defense tool. Add this one to your everyday carry and be more protected. If you have concerns about your tactical pen looking too …well, “tactical,” this pen tones it down a bit. The design makes it look more like a regular pen than a weapon. The original cartridges that come with this pen are not Rite in the Rain. However, the Fisher Space Pen refill does fit this particular pen allowing you to write in all types of weather. 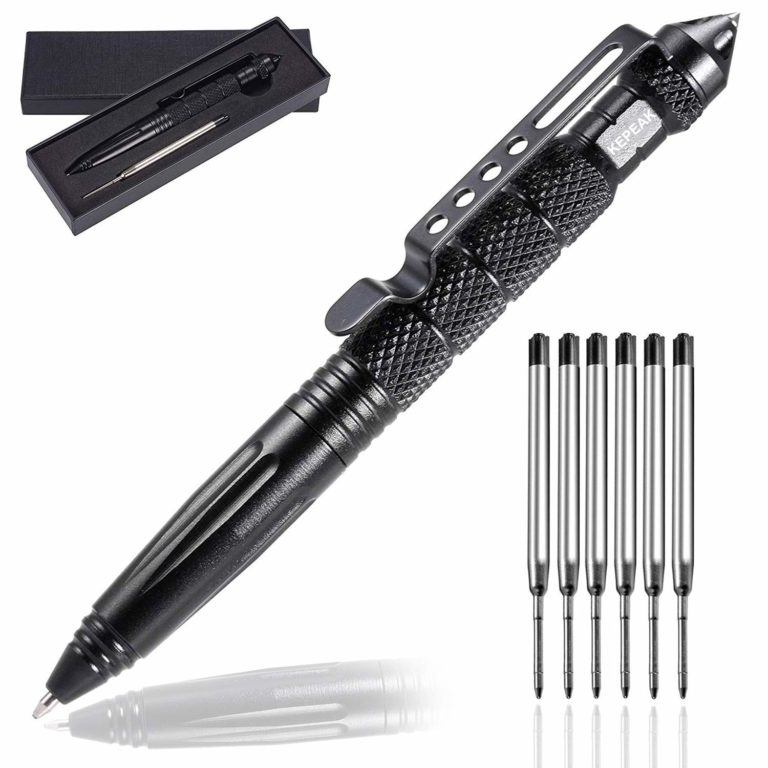 The cheapest tactical pen on the list by far, this pen can still do what the others can. Break glass, defend yourself and write; it’s suitable for everyday use. Designed with a good grip, you can easily secure this pen to your pants or shirt pocket and you’re ready to go. This pen comes with six ink cartridge refills.

Take this tactical pen to the office, woods or to the corner bar downtown and you will always be ready.

Who Can Use Tactical Pens

Not just for military and law enforcement – Tactical Pens are carrying by all professions. Nurses, doctors, ambulance drivers, lawyers, salespeople, office workers and anyone else that wants to be able to defend themselves and to carry discretely. Let’s say for example that you can’t take a gun or knife to work. You can hide a tactical pen in plain sight and they won’t appear as a weapon to others.

Tactical pens are considered by most to be a non-lethal weapon. They CAN kill, but are not designed for that objective. You would have to be highly skilled or trained to kill a person with a tactical pen. While a pen won’t substitute for a gun or knife, it can be a worthy option.

How Much Do Tactical Pens Cost

Tactical pens range in price from $10 to upwards of $100. Do you need to buy an expensive tactical pen or will a cheaper one work? For all intensive purposes, a mid-range pen will likely cover all uses you will need it for.

Can You Fly With a Tactical Pen

A tactical pen is not allowed on a plane. It has potential to be used as a weapon and you could get into big trouble if you try to fly with one. We do not give legal advice on this website, so be sure to know the law before attempting to board a plane with a tactical pen.