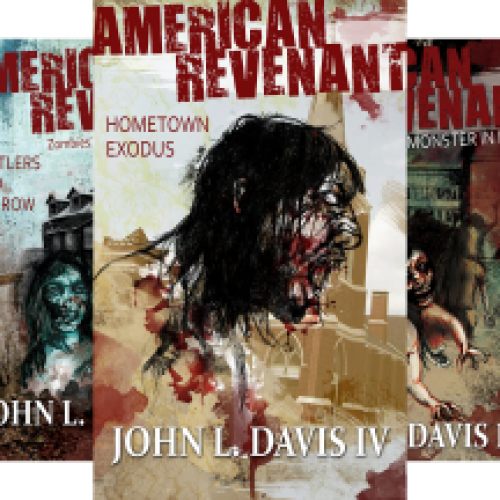 Conversations with friends discussing how we would handle a total grid-down survival situation that would force us to leave our small town and bug out. Really, it was that simple.

Part of that, as anyone who knows anything about the prepper or survivalist mindset knows, is the “What If?” What if it’s a nuclear detonation? What if it’s socio-economic collapse? What if it’s an invasion by a foreign military? Those “what-ifs” factor heavily into planning, preparation, and execution (and the fantasy of the whole thing).

At that time one television show had taken the world by deadly storm, The Walking Dead, and of course we were all watching it. I mean, come on, it’s an apocalypse, guys! We weren’t going to miss that. So, in the course of the discussion zombies rose up. “Oh man, what if it were zombies?! Would we stay in town or get out? What if the roads got blocked or something? If we got out, how would we transport everything? Where would we go?” All of those questions and so many more.

Inevitably, any talk of zombies always wandered back to the latest episode of The Walking Dead, usually exclaiming about how utterly, unsurvivably stupid all of the characters were. Seriously, it was like they were trying to get themselves eaten every time they stepped outside, which was all-the-freakin-time!

One day, off the cuff, I suggested that I could write better characters and a better story than that show and all its terrible writers with all of their dumb stories and idiotic survivors.

“Oh bull! I bet you can’t! I dare you to try!” Yeah, great friends, right? (Only the best friends can really goad you into something by calling you out, let’s just admit that.)

About two months later I had finished the first draft of American Revenant: Hometown Exodus. I wrote like a man possessed. It was wild and exhilarating. I didn’t think I could do it again. But I did. Hometown Exodus is more a novella, the next two books are full length novels, with a final novella to put a loose end to the series. (More on those another time, I promise.)

You gotta remember, I hadn’t written anything, even half-seriously, in years, and I had never published anything beyond a couple of poems in a horror magazine. That was it. Now I had this story that everyone around me seemed to like. (Your mom, your spouse and your friends are always the most honest critics or your work, right!?)

Hometown Exodus now has over 50 very good reviews on Amazon, and a small but dedicated readership, and I think that if you enjoy either zombies or survival stories with strong, smart characters, you’ll like the book as well.