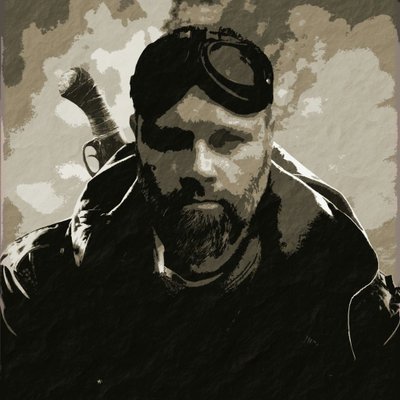 Tell us a little about yourself.

I’m just a dumb kid from Montana.  A child of the 70’s.  Grew up on a dairy farm with no siblings, so I had to do all the chores myself and had to walk to school.  Uphill.  Both ways.

Didn’t have cable or those fancy Atari’s, but I did have my Star Wars action figures and a veritable boatload of books.  With the 80’s came the threat of nuclear annihilation at any moment as well as a plethora of books and movies that showed just what the world would be like afterwards… a world populated by leather-clad, mohawk’d bad guys and the lone wanderer who would take ‘em out.

What was your first experience with the post-apocalyptic genre? What hooked you?

I seem to recall seeing Things to Come on television when I was very young, but I don’t think it would be until The Road Warrior that I would become absolutely fascinated with the wasteland.  I distinctly recall spending the entire week of the our 1980-something county fair standing at the local video store’s booth, watching The Road Warrior over, and over, and over, and over again while my friends were cruising the carnival.  I might have taken a break once or twice to go play TRON at the video game tent.

What hooked me was the “Lone Wanderer”.  A man who simply survived.  I think being an only child, this kind of character really spoke to me.  I spent many a weekend during my teen years up in the mountains, playing “Last Man on Earth”.  Camping overnight with nothing but what was on my back and subsisting on what I could find around me…. although it was handy that what was on my back was a pack with hot dogs, Pringles, and Dr. Pepper. 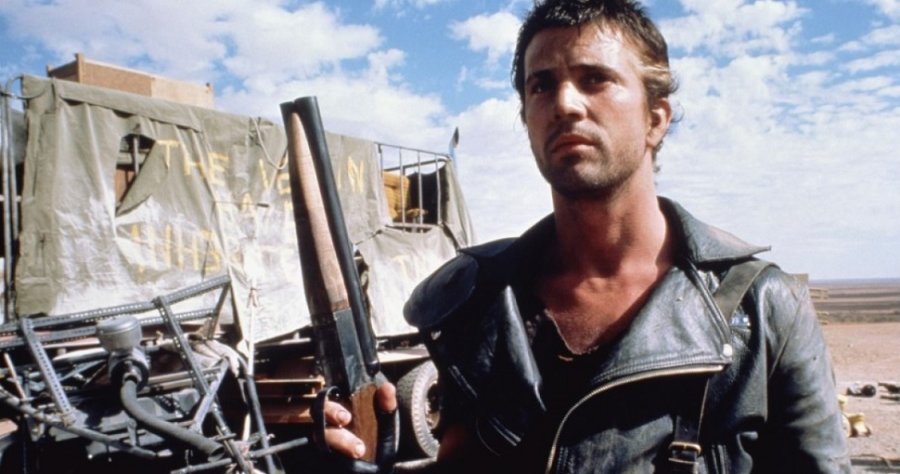 What does it mean to you to be a wastelander?

To me, a wastelander is a survivor.  Someone who survives each day, out there in the wastes… a land that is looking to kill them in any myriad of ways.  A wastelander is someone who “keeps Mr. Dead in his pocket”.

Tell us about your podcast. What type of guests do you host?

I started my podcast, From the Wastes, in April of 2018.  I’d had a blog for some time and had been listening to podcasts for just a couple of years, when I decided, “I’d like to try this podcast thing.”  I asked around and got some pointers and decided to try it.  My main focus was to talk to creators within the post-apocalyptic and dystopian genres.  I’m a big fan of indie authors and indie film makers and thought it was be neat to speak to them.  I would read these books and watch these films and think “Man, how cool would it be to get to talk to the guy/gal who made that!!!”.  The only reason I entered the social media arena was to spread the world about things I liked.  I created a blog to do just that and figured that doing a podcast was just a natural evolution of it.

Are there post-apocalyptic events in your area or ways to stay connected to others interested in the genre?

To my knowledge, there aren’t any kid of PA events up here.  I’d spent some time in Southern California in the late 90’s and found out (after moving back here) that there was this group of wastelanders meeting up in the desert of SoCal while I was down there.  That event is now known as Wasteland Weekend.  I’m still kicking myself for not experiencing the genesis of it.

Currently, I stay connected with others within the genre via Twitter.  I’m a bit of a “lone wanderer” up here myself as the only way I get to connect with others of the same ilk is via social media.  Isn’t that sad?  But such is the way of the world today.  It’s both a blessing and curse I suppose.

What are your favorite end of the world books? Do you have an indie published recommendation?

Oh man, where do I start?  The American Rebirth series by Evan Pickering, The Swallowed World by Tyler Bumpus, Making Monsters by Joe Turk (he’s also created a paper doll animated web series based on the book… it’s amazing!), Days Too Dark by J.J. Shurte, Commune Series by Joshua Gayou, The Jesus Man by Keith Anthony Baird, All the Elders Orphans by Melissa Dykes (I think the second book is coming this year)… those are just a few of my favorites.

What do you think makes a good post-apocalyptic story?

My favorite PA stories involve redemption.  It might be a bit cliche, but I truly love the “guy who loses everything and becomes a shell of a man” story.  The reluctant hero.  Blame it on Mad Max, but there’s something in that story that really speaks to me.

I really dig mutants, too.

What are your favorite post-apocalyptic movies? If you could only give one recommendation for someone who had never seen a post-apoc movie, which film would it be?

I’ve got a ton of them (in fact, I have a number of blog posts that detail my favorites through 50 years of PA movies).  A few of my favorites… The Road Warrior, Slipstream, Le Dernier Combat, The Road, Stakeland, Reign of Fire, and Book of Eli.  If I had to recommend just one…. wow, that’s tough.  I’d probably have to go with the old standby of The Road Warrior.  It’s a great story and encompasses everything I like about the world after the apocalypse 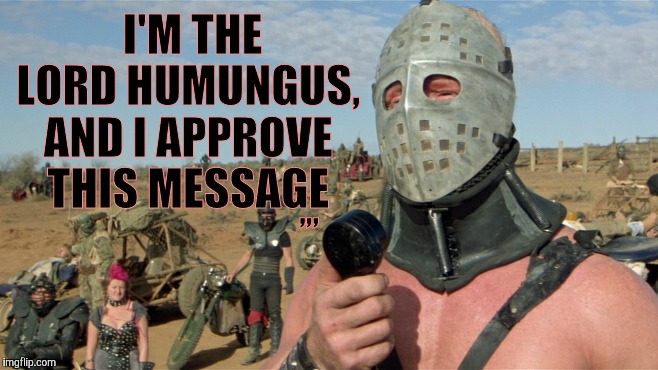 Fallout… pick one, I love ‘em all (except for Brotherhood of Steel, we don’t talk about that one).  I’ve been hip-deep into Fallout 76 for the past 6 months.  I didn’t think I’d enjoy the MMO aspect, but it really is fun meeting new folks and roaming the wasteland of Appalachia.  My wife and I have separate consoles, so we play as a team.  I’m pretty sure we spend more time together in the virtual world than we do in real life. 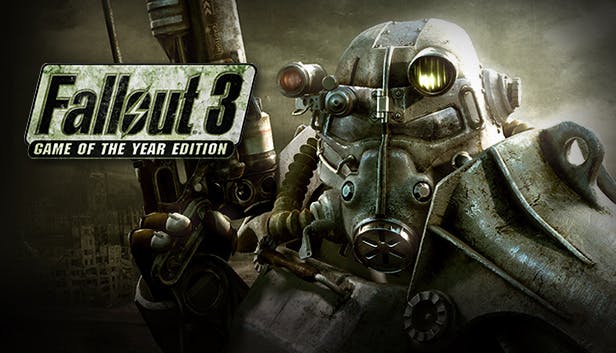 I see you’re a sci-fi geek; which authors/filmmakers inspire you?

As far as films are concerned, if we’re talking “mainstream”, I just love Luc Besson, Terry Gilliam, and Jean-Pierre Jeunet.  Their style of filmmaking really makes my brain happy.  Book-wise, I’m a big fan of Brian Aldiss and might go so far as to say he’s my favorite (I tend to shy away from having a single “favorite” of anything).  I like most of the classic SciFi authors, but over the past few years, I’ve really come to admire the indie scene (both books and film).  There are some amazing authors out there and I try like hell to spread the word when I find one I like.

What is your most frightening post-apoc scenario? Which do you think is more likely to happen?

To be honest, pretty much anything that would take my family away from me is what frightens me the most. I feel that an apocalypse would have to be the result of a “perfect storm”.  A series of events that brings mankind to the edge and gives him a little nudge into the abyss.  A series of natural disasters, power grids getting knocked out, a breakdown of society that results in a breakdown of government, plague, etc..  I think it would take a number of these things to bring humanity to the point in which we’d revert back to a tribal civilization.  But we’d bounce back.  Humans are pretty resilient.  There are micro-apocalypses that happen all of the time, all over the world.  The chances of a world-wide apocalypse are slim to none as far as I’m concerned. Unless of course, it’s aliens.  Then we’re screwed.

Would you be prepared if this type of end of world scenario actually happened or would you be toast?

If it’s aliens?  Nah, I’d probably be toast (or a nice slab of steak if that’s what’s on their menu).  Honestly though, I’m not much of a “prepper” type.  I do believe in being prepared in the sense that one should be prepared for the power to go out for more than a couple days.  There’s a fine line between being prepared and being paranoid.  My family is prepared to take care of ourselves and do what’s gotta be done in case the big balloon goes up, but we don’t dwell on the issue.  In the end, there’s a lot of dumb luck involved in surviving.

Do you think the majority of people are prepared for even a mild end of the world scenario?

Do you have a blog where our readers can get to know you better?

I do… https://fromthewastes11811.wordpress.com/ is my blog in which I’ve had interviews with authors/film makers who’s work I’ve enjoyed.  I haven’t kept up with it lately as life just gets in the way.  I have another one, https://thelastlibrarian.wordpress.com/ that showcases my library.  I posted a book-a-day for some time and still have some books to add.  Most of my collection is paperback books from the 1960’s to early 2000’s. Almost exactly a year ago, I decided to try podcasting.  I thought it’d be a hoot to actually converse with creators within the post-apocalyptic and dystopian genres.  I’ve only released 7 episodes in that year, but have high hopes to put more out this year.  My podcast can be found at https://fromthewastes.podbean.com/ and can be found on most all of the podcast players out there. I also have a Tumblr and Facebook, but tend to spend most of my time on Twitter.  I find the fleeting aspect of Twitter.  Here today, gone tomorrow

One thought on “Q & A with Evan @FromTheWastes”