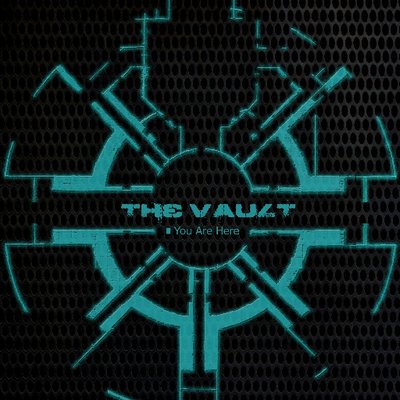 Meet Sara Martins: Producer, Director and Co-Writer of The Vault– A Sci-Fi Webseries that you’re not going to want to miss!

Tell us a little about yourself. Who you are, where you’re from.

My name is Sara Martins and I was born and raised in Toronto, Canada.  My parents are both Portuguese, and I was raised in a very traditional immigrant family, along with my brother.  As a kid I loved reading books and would grab piles at a time from the public library. Those written words would create worlds in my mind that I would escape to. Later on, I started recreating worlds on a screen instead of just in my mind.

How did you get into filmmaking?

It actually started for me in high school. My grade 9 English teacher was really into incorporating media in the classroom and he had us create a video representation of a chapter in a book we were reading. I still remember the name of the book…it was The Chrysalids by John Wyndham. I can’t recall the scenes anymore, but I remember how much I enjoyed the experience of working with video. Then in my last year of high school, I was lucky enough to do a co-op placement with a production company, where I would go and work with them instead of going to classes.  From then on I knew that I wanted to be involved in the industry somehow.

I see on your imdb that you have credits as a director, writer, film producer and production manager. Sounds like you do a lot on set! I hope you have a great support system! How do you balance that many jobs on a film set?

I think it’s common in the low budget world for a filmmaker to wear many hats…you sort of have to.  You can’t afford to pay everyone to fill those roles and you may not have built a team of people dedicated to the cause just yet.  So for many of us, I think the writer/director/producer thing is basically just ‘filmmaker’.

The production manager aspect I can see being different, and that was really how I got started in filmmaking.  Generally though, I’m not the PM on my own productions, as I think that is pushing it too far.  For The Vault, for example, we had an awesome PM, Julia Beney, and she was a life saver!

Tell us about your post-apocalyptic series, The Vault.

The Vault is an episodic web series set in the near future, where a small band of human survivors are forced to live underground in a military bunker after an unknown threat has devastated the planet.

This last remnant of humanity is made up of a mix of military personnel and civilians.  Occasionally, they have to venture out into the world, which has become a wasteland due to nuclear winter, and search for supplies.

But there is always a risk when they do so.  They are no longer the biggest kid on the block.  Humans have become like insects, hiding in cracks, occasionally scurrying along the surface, while hoping to not get crushed by an incomprehensible being.

One day, on one of these missions, they find an actual living, breathing person, a pilot by the name of Hale.  Against all odds, somehow this man has survived unassisted, so they bring him back to the Vault.  The series explores who this survivor is, and as he learns more about the Vault and what has become of the world…so do we. 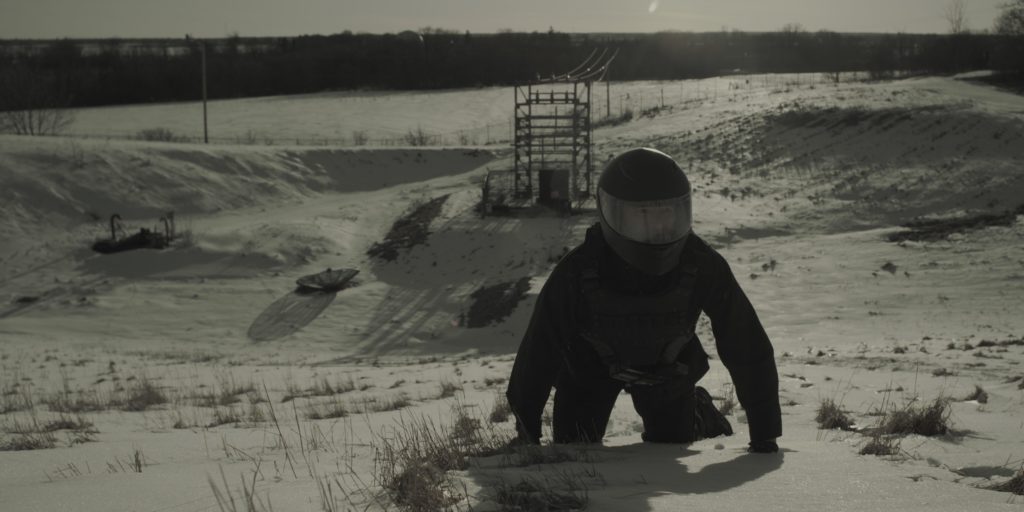 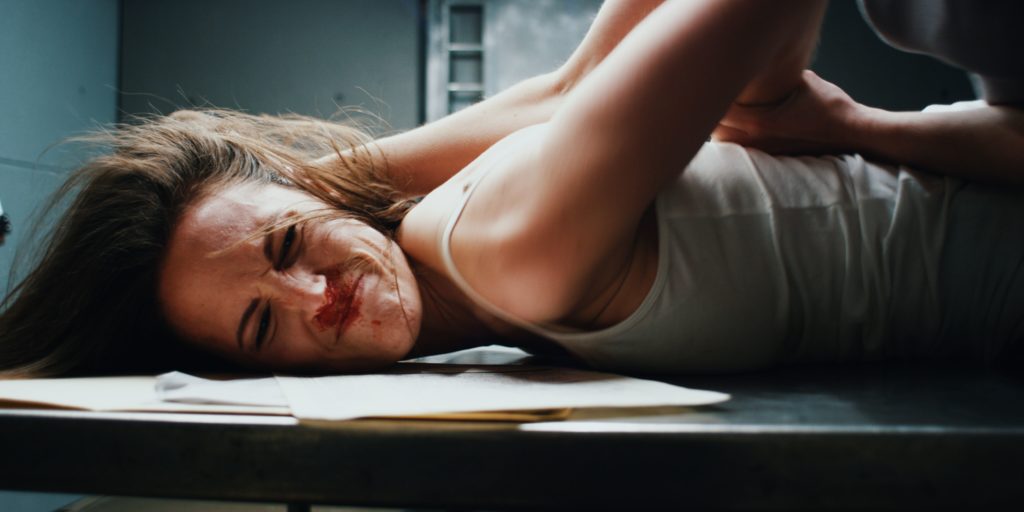 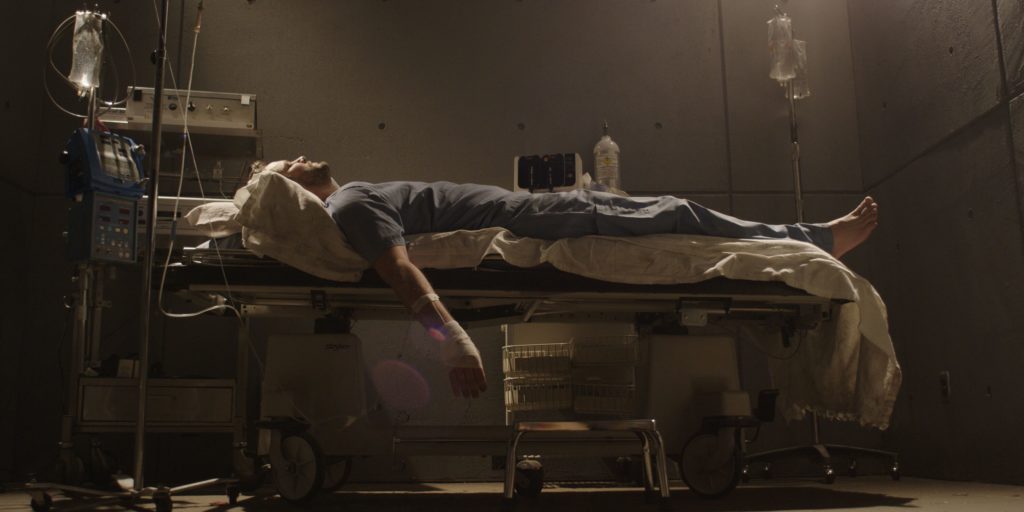 Is this your directorial debut? How has the experience been so far?

I’ve directed music videos and documentaries before but in terms of tackling a major narrative, this is sort of my directorial debut yes.  The experience?  It’s been an amazingly scary ride through hell filled with joy and anxious satisfaction… so a roller coaster basically.

Filming in Canadian winters is tough, like really tough.  You actually feel like you’re one of those soldiers which is kind of cool.  On the other hand, the imagery and depiction of desolation is kind of worth it.  The cast were incredible, and so unbelievably better than I could have hoped for.

Same goes for the crew. Just the team and all the people involved have made all the other aspects of production, which were super, super challenging, so worth it in the end.

It was kind of like an impossible work out where you are convinced you will probably die soon, but when you don’t, you’re so glad you did it.  And eventually, the sadistic side of your brain says, hey… let’s do that again!

How did the idea for the series come to be?

The Vault has been one of those projects I always wanted to do but somehow felt so far away.  Sci-fi, and especially the post-apocalyptic niche… is tough to do on any budget, but especially on a low budget.

However, things fell into place and we were finally able to tell this story.  Back in 2011, my writing partner and I we’re saying hey… how come there’s no alien invasion movies anymore, what happened to those?  And why do none ever tell a story about after the attack?   Believe it or not… those kinds of films were super rare at that time.

I just personally loved the idea, that all hell is breaking loose outside, but inside/underground you can find comfort and security, wrap yourself in a warm cozy blanket, sip some hot tea and read an old magazine article while the world around you crumbles into oblivion. 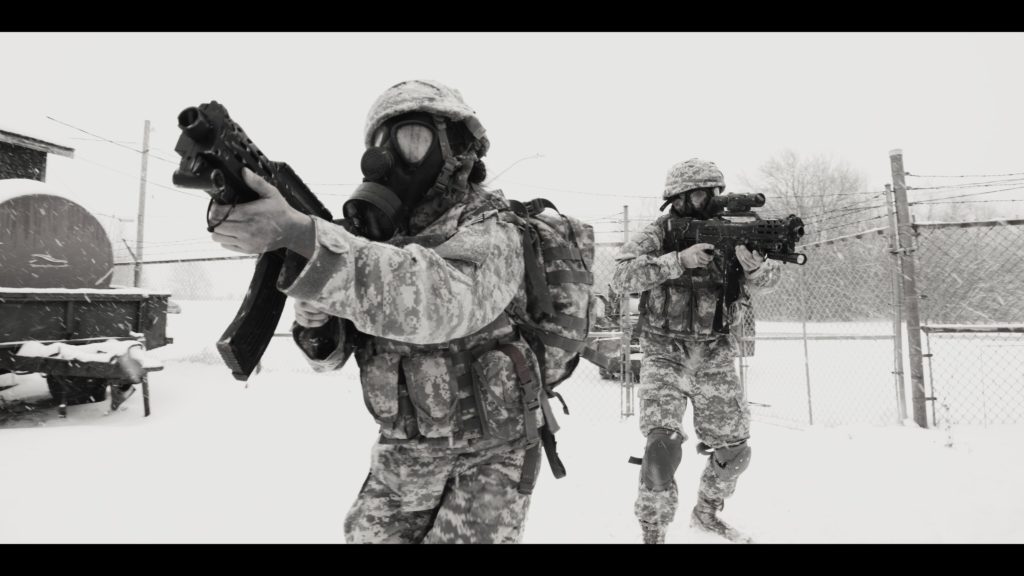 What type of research went into writing a post-apocalyptic story?

Well there was some preliminary research into the aftermath of nuclear war.  What a nuclear winter is, how long it lasts, what are the effects, the spread.  Then we studied meteor impacts and how much of the earth could be destroyed by a bombardment style impact.

Then there was the more character related research, like roles in the military, how long it takes to become General, Major, all that kind of stuff so that the timelines worked.  All in all, quite a bit as each character you see in The Vault has a 30 page history! We wrote about how they to the Vault, who their family was and how they died when shit hit the fan, etc.  For example, Amanda talks about looking for her kids…well, we wrote about how they got lost in the first place, where they were when it happened, and how Amanda even ended up in the Vault. We can do a lot of flashbacks if we wanted to, I guess.

Where is it filmed? Where and when does the story take place?

It’s all filmed in Ontario, Canada.  The Diefenbunker which is an actual cold war era bunker is located in Ottawa, our Capital City.  That was a cool location because it was also used in the Neill Blomkamp short, Zygote, with Dakota Fanning.

So we never say where we are in the series just yet, but it is set in Canada during the year 2025.  However, you’ve got US military there too… and there’s a reason for that. 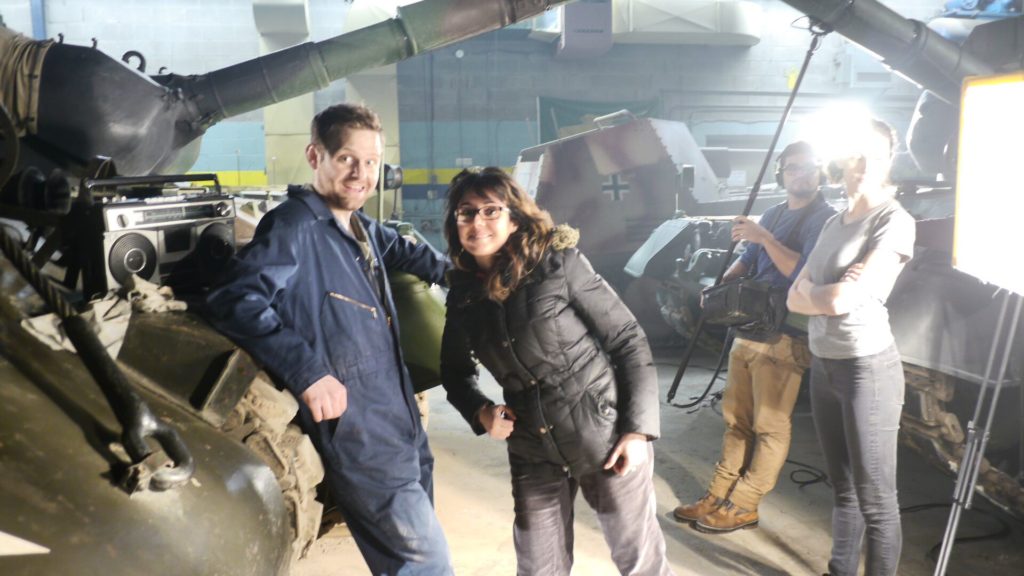 How far do you plan to take the series? How many episodes, etc.

Well, there’s 6 episodes released so far, all for free on YouTube or on our official website, and another 4 more episodes left in Season 1.   We definitely want to continue into subsequent seasons, as we explore the world outside the Vault and see all the weird phenomena that exist out there.

Is it fully written or are you working on it as you go?

Oh yeah, it had to be fully written before we entered production so we can use the budget as efficiently as possible.

Has The Vault won any awards?

And we’re nominated for 6 awards at the FirstGlance Film Festival in LA and have a dozen other official selections with screenings coming up… so we shall see!

Where can we watch previous episodes?

If you want to stay up date with new episodes or see all the awards we’re winning, be sure to follow us on Twitter @VaultWebseries or Instagram @thevaultwebseries.

Do you have any plans to make a feature film or do you prefer filming in an episodic format?

Yes!  Well kind of both actually.  A Netflix/Hulu/Amazon type original series would be the crème de la crème, however a feature film that could really capture the essence of our story in a single two hour span would also be fantastico.

I’m actually going to be attending the BANFF World Media Festival later in June pitching exactly for this, so fingers crossed!

Will there ever be any books based on the series?

This is interesting, and I never considered it.  I wouldn’t be opposed to it at all, as long as I can somehow make the time that doesn’t exist, or create clones of myself which would be more preferable and realistic probably.

Obviously, you’re a fan of the genre, what are your favorite post-apocalyptic books/movies? Were any of these an inspiration to you when you began work on The Vault?

Oh yes, tons of inspiration and you can probably spot a few obvious ones right away.  Of course you have the whole Aliens (1986) influence with the military vs. aliens aspect going on.  The intro to Terminator 2, where the camera leads us through a concrete hallway and rests on the future 2029 John Conner, that’s one as well.

I loved films like The Book of Eli and The Road of course, but even some of the more obscure ones like the Australian film These Final Hours (2013).  If you haven’t seen it I’d definitely recommend it to any post-apocalyptic fan.  The idea that an asteroid strike has affected half the earth… and that the other half has 12 hours to party like it’s 1999 before they’re all doomed… is a refreshingly cool take.  It deserves more recognition in my opinion.

Where can our readers learn more about The Vault?

All the cool hangouts,

THE VAULT is produced, directed and co-written by Torontonian Sara Martins, in her directorial debut. The series is co-written by David Aliry, and produced by Lost Journey Productions with the support of the Independent Production Fund.