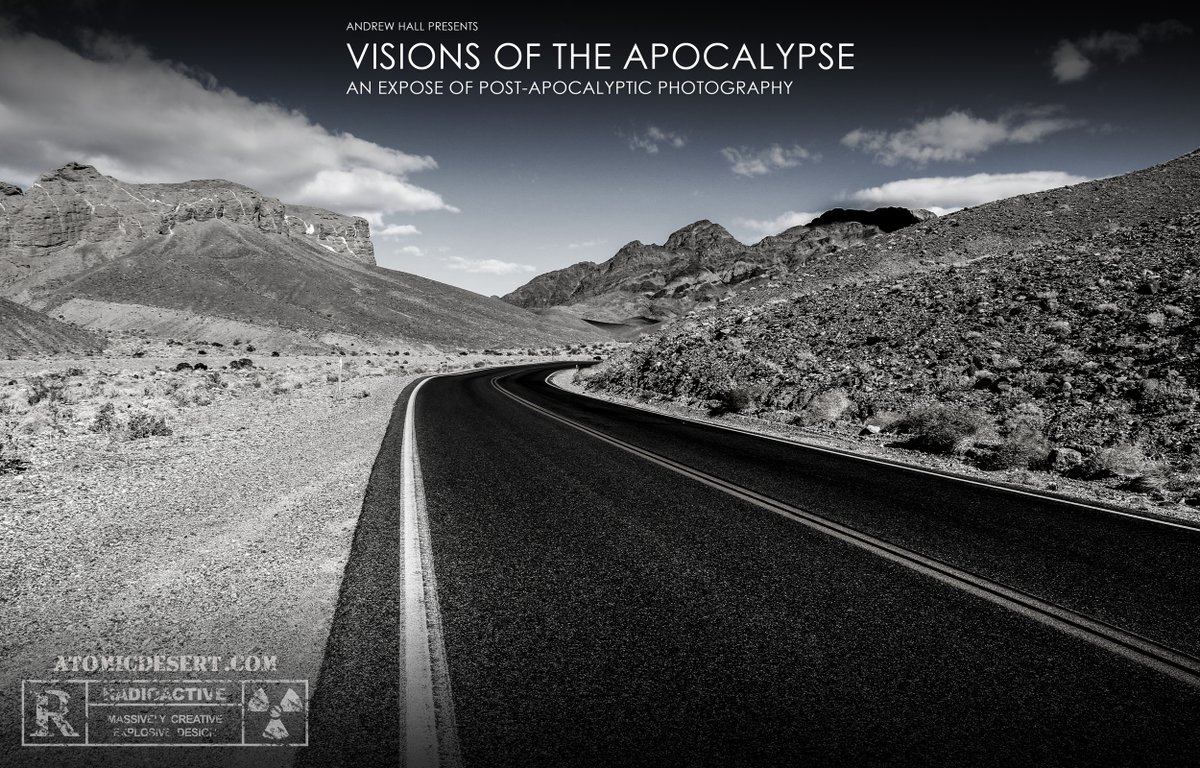 Living in Radioactive City offers many fascinating and beautiful sights. One of the best ways of experiencing those sights is on motorcycle.

One day I decided to try a different type of journey and got on my motorcycle and headed West towards the Pacific Ocean. Along the way I saw many new sights. Most of the way was desert and was very similar to locations I’ve visited in Radioactive City, though catching the main highway out of town was like navigating a parking lot. It’s like everyone just left their cars sitting in the middle of the freeway and decided to walk away from the traffic.

Cars were backed up for miles and as you’d expect they weren’t all lined up nice and clean as they would be if things were normal. No these cars were parked at weird angles, some were pointed in the opposite direction as if people decided to go back instead of continuing on in this cluster, until they realized more cars were coming in behind them and they found themselves blocked in going the wrong direction.

Trunks and doors were left open by previous owners or looters, or whoever got to these cars last. Gas caps were removed and some of the cars were burned to a crisp.

It was actually a good thing for me though, because after that there were no other cars anywhere on the freeway and it was clear cruising the rest of the way, and as I neared the coast, the scenery began to change.

The landscape started to transition into mountains, first. The mountains gave way to flat lands full of agricultural fields, though the fields were long abandoned with acres of rotting fruit and vegetables. Eventually the landscape transformed to lush forest with thousands of trees and  flowers.

As I got closer to the coast, the weather became much cooler and the air smelled of salt and I knew the ocean was not much farther.

I drove straight to the beach and parked the bike on a road next to a pier. Walking along the beach I saw many kinds of birds. As I walked out onto the pier I saw a couple of seals playing in the water. They reminded me of dogs because of the shape of their heads and their playful nature. There was also a group of dolphins swimming gracefully through the water near the pier. I captured all of this on my camera.

I tried to imagine how things were here before the apocalypse. So many people walking along the pier some fishing, others having lunch, maybe even a couple of kids flying kites. But that was life before. Now this paradise was a wasteland, like every other place I went. Void of people, but normal in every other sense, and all to myself. As long as I was hidden or sheltered before dark, the entire world was mine to explore, and the sun was gettin low. 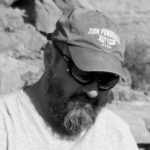 Andrew is a writer, artist and photographer from Las Vegas, NV. He is the creator of Atomic Desert which is an expose in Post-Apocalyptic Photography.

Andrew’s work has appeared in Barren Magazine, ApocalypseGuys and others. Find him on Twitter @AndrewHallfx and @AtomicDesert.