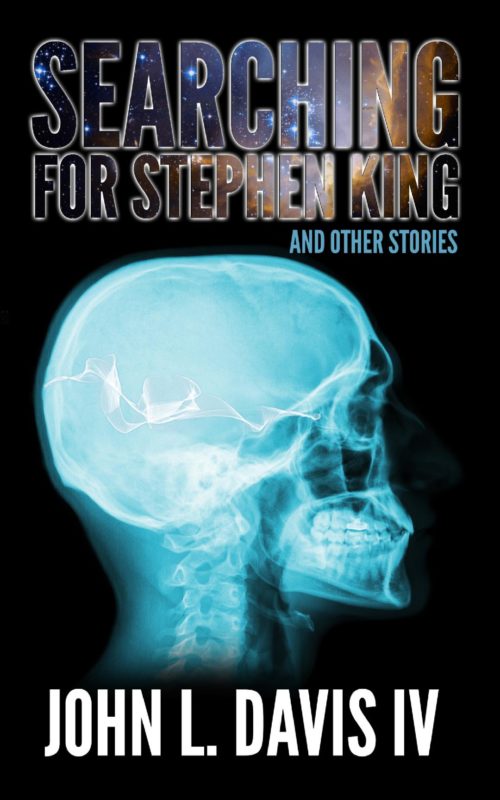 Searching for Stephen King and Other Stories

Missouri native and Hannibal resident, John L. Davis, IV, announces the release of his first collection of short stories to come to print. Searching for Stephen King and Other Stories is the newest addition to the library of work that Davis offers. He has previously published, in print and e-formats, the 5-book American Revenant series, Average Joe, and co-wrote Tales of Junction with author Guy Cain.

Searching for Stephen King and Other Stories is a compilation of 19 stories from the horror genre. “Fat Jack” tells about a man on a quest for vengeance against the murderer who slayed his family. With “Mountain Nightmare: A Christmas Tale” readers experience a holiday-themed story of survival and a supernatural threat closing in on a father and his children. “The Mass” is an intense tale about a man battling evil from within his own head. The story that inspired the title finds the main character “Searching for Stephen King” as an obsessive quest to survive in a post-apocalyptic dystopia.

“Mr. Davis is a true wordsmith, a weaver of tales that grab you by the imagination and refuse to let you go until you are completely immersed in one of the worlds he has created…treat yourself to one of his books and find out for yourself.” Morley D., Facebook Review.

“This was my first taste of the author’s work, but it won’t be the last. AVERAGE JOE is storytelling and entertainment in the finest traditions of an action thriller. Spanning a mere 24 hours, the story evolves for Joe as a completely likable and relatable character, and an equally unlikely hero…. A book that left me cheering for this every man’s man as much as I applauded the effort. I recommend you read this just for the plain damn fun of it!” -Amazon review

Davis has been publishing since October 2014, although he began writing in his early teens. He was born and raised in Missouri and is a life-long lover of books. He and his wife, Erica, raise their daughters (and their puppy dog, Pixie) in Hannibal, MO.

Davis invites all to “tuck their feet under the covers, turn the lights up bright and prepare … for 19 unsettling tales of terror.”

Searching for Stephen King and Other Stories is now available on Amazon in both eBook and paperback formats. AMAZON

Mr. Davis is available for interviews and appearances. 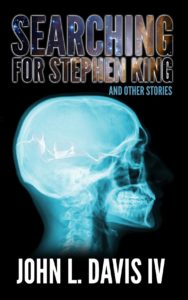 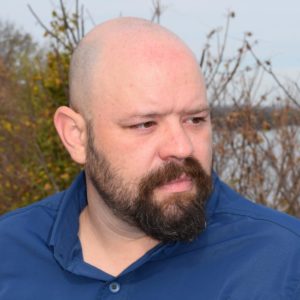